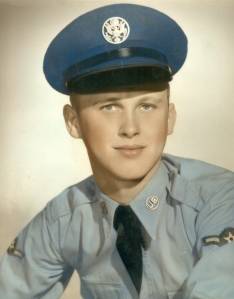 My Dad, Allan B. McNeil, was born in Colfax Township, Michigan, to William and Susan McNeil. Dad was the second youngest of 11 kids.

Dad never worked in either the criminal justice or forensic psychology fields that I recall, although he was a lifelong advocate and aficionado of criminal justice related issues, TV shows, movies, and books. Two of his favorite TV shows were The F.B.I. and Dragnet.

Dad made his transition on October 23, 2012, and is buried in Great Lakes National Cemetery in Holly, Michigan.

Tracking events and trends in Israel, the U.S., Russia and throughout the Epicenter (the Middle East & North Africa)

The Science of Crime; The Art of Fiction by DP Lyle

These Bones Of Mine

Howdy! We're the largest independent bookstore in Texas. This is our blog.